When I thought about starting a blog, I had that childlike feeling of elation …  like when you find a light-up Saber spoon in your Froot Loops or first learn how to roller blade without crashing headfirst into the garage door.  But how would a  middle age mother raised on an Olivetti typewriter and a push button phone figure out how to set up a blog? Uggh! I am digitally impaired and dyslexic. I probably would have a better shot trying to learn morse code than computer code.

Since I started blogging in 2014,  I still can’t wrap my head around  some of the basics like how to link my posts to my Facebook fan page. 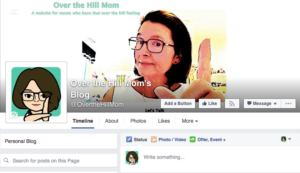 There is no number to call at Facebook.  I can’t find one for WordPress either.  Instead, these companies direct you to help forums where other pathetic, digitally impaired bloggers ask the same questions hoping you know something they don’t know about plugins or backlinks to build a blog and an audience.  Good luck if you’re counting on me.  Until a month ago, I couldn’t even figure out how to comment on another blog until I read a beginners guide  from  blogger Darragh Doyle. I highly recommend it for other bloggers who need a little dumbing down. 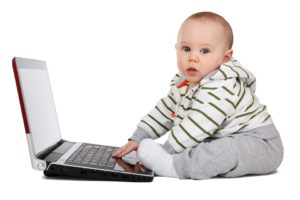 I think children today are born knowing how to surf the web. They live in an age where life is driven by the internet.   But it’s all still Greek to me.  I resist change and still won’t give up my flip phone.

“You are an embarrassment with that phone,” my oldest daughter said trying to grab it out of my hand over lunch at a restaurant  in the Upper East Side of New York City recently.  “We can’t even communicate,” she huffed.  “You are from the ice age,” she blurted out, before stating that she could only spend short amounts of time with me because I get on her nerves.  I guess my unfavorable rating with my daughter is as high as the one for Donald Trump in the latest Washington Post/ABC News survey.  Seven out of ten things I say annoy my daughter.

When she insisted that I get an iPhone and wanted to head to the Apple Store, I still wouldn’t budge.  Old habits die hard.

“You’d be a better blogger with an iPhone,” she told me saying I could be keeping up on all the latest apps, tweets and trends and shoot video to drive traffic to my blog. 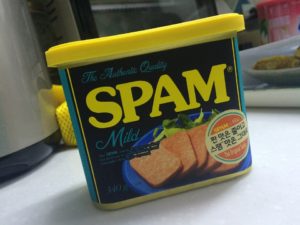 It took me over a year to figure out how to add share buttons to my posts.  I think I added too many buttons, but I’m afraid to edit anything that actually works.  My best advice to the digitally impaired is to try to master at least one concept a day.  YouTube tutorials are easy to follow.  You’d be surprised at how fast you can catch up this way. Simply put a question in the YouTube search bar and someone usually has made a video with the answer.  These YouTubers have mastered the key to being successful in the digital age.  People who can solve a problem and provide valuable content get views.

People send private messages all the time asking me why I don’t syndicate my blog by having an RSS feed.  I’m lucky if I feed the kids.  I never find time to cook.  So the next time you hear me talking about spam, I’ll probably be eating a cold sandwich out of the can.