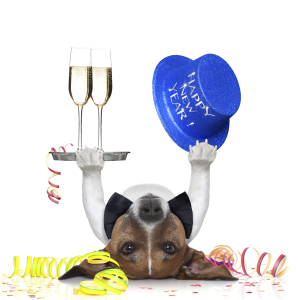 You say that you’re going to make some New Year’s Resolutions.  You believe you are going to keep them.  Like so many New Year’s Eve revelers waiting for the ball to drop in Times Square, a new year means turning a new leaf. You’ll be up well past midnight enjoying your last indulgences before you wake up  with a major hangover and a list of resolutions scribbled on the back of a cocktail napkin.  You’ll also have no memory of the night before but find terribly embarrassing photos on your iPhone of you doing the funky chicken with a lampshade on your head while a gossipy friend of your boss looks on.  You frantically delete the photos from your phone so your kids won’t find them, except the video of your sister singing an old cry in my beer Taylor Swift country song over the karaoke machine.

You usually make resolutions on New Year’s Eve after having one too many midnight martinis.  You say you’ll  lose the 10 pounds you gained with your last pregnancy, quit smoking, or be nice to homeless people,  stray cats,  and maybe even your mother-in-law.  When someone tells me they are going to make a resolution, I just want to laugh because I never keep mine.

I’ve made my share.   I remember the time I was a chain smoker and went to a hypnotist.  He told me to think of  water every time I wanted a cigarette instead of lighting up.  He told me to keep envisioning a beach scene.  I wound up smoking cigarettes at the beach. “Do you want me to pick up a carton of cigarettes for you?” my husband would ask grinning and say, “surf’s up!” 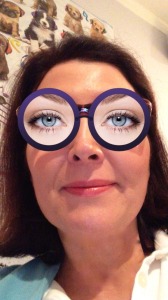 I usually  feel blue after the holidays.   The tree starts wilting,  the Christmas lights blow the circuit, and my older kids  go home to a different part of the country.  All I’m left with is 15 mislabeled  boxes to shove back into the crawl space in the attic.  I try to do this without throwing my back and thinking I’ve got a retinal detachment  from lifting when the light timer switches off and I’m standing in the dark.  My husband is usually conveniently tied up watching a Duke basketball game at this time.   I also always  hit my head on the Saltbox attic ceiling and get a  mild concussion.  I’ve done this at least  200 times in the 20 years that I’ve lived in this house.

But I think hitting my head so many times has finally knocked some sense into me.  I realize that I don’t have the willpower to hold to any of these resolutions.  If I was a horse named Resolution racing in the Kentucky Derby, I’d be a long shot with odds of 50-1 at winning.