They come in all shapes and sizes. 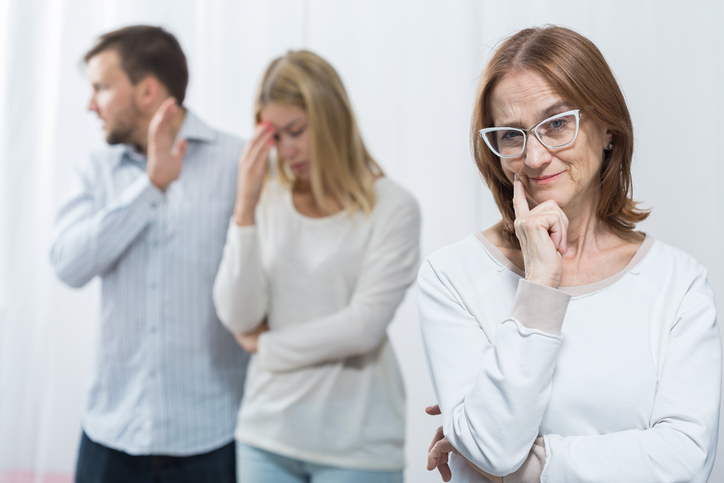 But they share one thing in common.  A meddling mother-in-law thinks she rules the roost.  If you have an interfering hen-pecker she can be a nuisance.

My mother-in-law was a bit meddlesome. “Your  marriage will never last unless you learn to love basketball,” she’d say trying to explain the game and forcing me to watch it.  My husband is a basketball fanatic.

He was captain of  the number one ranked basketball team in his state his senior year in high school.  My husband loves to joke that when he took me to watch our first Duke basketball game together at the Meadowlands, rain was forecast and I asked if it was an indoor or outdoor game to know whether to bring an umbrella.   Sports was never my thing.  My family is very artsy.  I thought opposites attract. Managing marriage with a meddling mother-in-law is no slam dunk.  You just have to try and give it your best shot.

I was thinking of my mother-in-law today as I packed up the ornaments she left me.  From trying to teach me to cook Southern meals, to arm-twisting me to move down South, she was always a nudge.  She passed a decade ago, but when she was alive I found relief laughing at the TV sitcom Everyone Loves Raymond. In the show a daughter-in-law with my name “Debra”  was always trying to fend off the unwanted advice of her mother-in-law who lived next door.

Like the actress Doris Roberts  who plays comic Ray Romano’s mother Marie on the show,  my mother-in-law was well-meaning but intrusive.  The constant meddling got to a point where I decided I needed marriage counseling.  It was affecting my family.

I resented the fact that my husband never put his foot down.  Research shows that women who feel supported by their spouses in their in-law conflicts have better marriages.  I told the therapist that every time his mother crossed the line and pushed me to a  meltdown I feared I’d release more radioactive steam than the reactor at Chernobyl.  The therapist told me that I couldn’t change the people around me.  He said that I could only change how I reacted to them.   He had some sage advice. He said that “going nuclear” is never the way. “Don’t ever go to bed angry,” he told me, ” just stay up and argue until you win.”