When is a woman too old to have a baby?  In the past, if you had enough hot flashes in a month to feel like Alicia Keys singing Girl On Fire, you would have been done.  But now it seems the joy of motherhood can come at any age.  If you’ve been trying to have a baby, it might be time to book a flight to India.

A  72-year-old Indian woman has given birth to a healthy baby boy with the help of a fertility clinic.  Sky News is reporting that Daljinder Kaur and her 79-year-old husband became parents last month through in vitro fertilization.  The couple was childless for 46 years.  Kaur said when interviewed:”My inspiration was Over the Hill Mom.  If she can do it, I can too.”

Like a plant that never stops blooming, I’ve been a perennial mother of a small child  for my entire adult life, aiming for the Guinness World Record. I decided to have my first child in my 20s, my second in my 30s, and my last in my 40s. 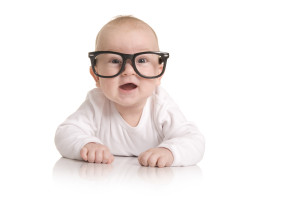 Hearing about the Indian birth,  I’m thinking of  having another child.   This is a big decision, so I had to put some thought into it. After wrestling with this for at least five or ten minutes, I made up my mind.  “Pack your bags,” I told my  husband, “we’re going to India.

“You are out of your mind,”  he said not sounding too supportive. “We already have three kids.”  He did that little eye-rolling thing husbands do when they’re ticked off.  “And besides, you probably won’t be able to breastfeed,” he protested.

“There’s always goat milk and they don’t kill cows in India,” I said.  I had all the bases covered.

When I told the kids they were really excited about going to India.  They want to take selfies in front of the Taj Mahal to post on Instagram.  It’s one of the Seven Wonders of the World. 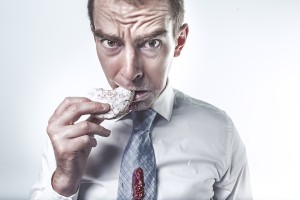 My husband became so  terrified when I told him I wanted more kids that he never slept or shaved for three days.   “We’ll become the Eighth Wonder of the World,” he quipped.  He’s wondering if he’ll ever see another home-cooked meal, pair of clean socks or underwear again in his lifetime.

“I’ll find some great no-cook recipes for no-cook meals,” I assured him.  And of course, he’s worried about money.

“Many people have twins or triplets when they go to fertility clinics, don’t they?” he asked sweating.   He had a point.

“How will we get these kids home?” he asked.  He’s always thinking ahead.

He’s picturing himself as if he were one of the elderly grandparents who all share a bed in the book Charlie and the Chocolate Factory.  He’ll be eating a supper of watery cabbage soup and a melted chocolate bar.  “We’re going to starve,” he said thinking he’d have to feed an army.

He’s just being ridiculous.  If we decide to stay in India it’s cheaper there.  There will be plenty of food to eat.   India is known for it’s  exotic delicacies.  It’s not  just cabbage soup he’ll but eating, but red ants, snail stew with steamed hornet larvae, and goat’s liver. Behhhh…now that should get his goat.