You say that if you change one more diaper you’ll scream.  You ask if you throw in the towel will you have to wash it too?  Next to being a doormat, nothing is more stepped on than a stay-at-home mother.  You secretly yearn to be single and footloose and fancy-free.

When we think of singles, we think of Seinfeld.   Jerry Seinfeld’s wacky single world with it’s zany characters always kept you laughing.  But finding  Mr. Right always went wrong on Seinfeld.  I thought the final episode bombed.   I wanted the guy to get the girl, not wind up in jail.

I am a true romantic.  I wish Seinfeld had just proposed to Elaine on the show.  But here’s what he’d probably say about that: “Are you kidding me?  Yada yada.  Get outta here.” Does anyone ever say yackety-yack anymore? I think that phrase from the 1950s went out of vogue along with poodle skirts and saddle shoes.

It’s hard to believe the final Seinfeld episode aired 18 years ago this week.

Even though it’s been said that Seinfeld was a sitcom about nothing, it showed mothers something. 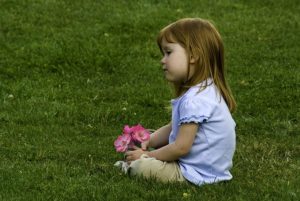 It made us realize that the grass may be greener getting grass stains out of our kids’ clothes.

2 thoughts on “Yada Yada Yada:The Grass Is Not Always Greener on Seinfeld”